Why is Dsquared2 so popular? 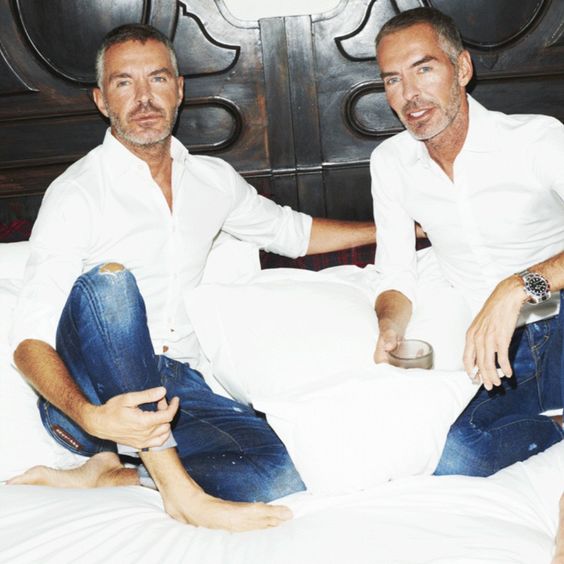 Dsquared2 is a high fashion brand launched in 1995 by twin brother’s dean and Dan Caten in Milan Italy. It was the first brand that released a men's collection, very different from the mainstream women's collection releases at that time. The brand started with basic men’s wear such as shirts and pants. However, the release was such a success that it catapulted the brothers’ dsquared2 brand into the high street fashion scene. Since then, it became one of the choice brands for men’s wear, women’s wear, and accessories. From its origins, the brand has since branched out to different lines that include clothing, eyewear, and sneakers among others. It has also become a business empire managed by its founders rooted in systematic distribution and procurement of materials. This kind of detailed business strategy made the brand outlast some of its early competitors. It is often associated with chic and edgy trendsetting designs that gained widespread popularity on the high-end fashion scene. Indeed, the brothers' dean and Dan did not disappoint in its brand and has come a long way since from a small-time brand to a globally recognized high-end fashion brand.

The Dsquared2 brand all started with two brothers born in Canada. The brothers that started the popular brand are twins Dean and Dan Caten, born in Toronto, Canada in 1964. Dean and Dan Caten grew up in Willowdale along with seven older siblings. In 1983, the brothers moved to New York to study fashion at Parsons School of Design. They did not last long. After only one semester, the brothers decided to move back to Toronto.

In 1986, the brothers launched the DEanDAN brand, specializing in women’s wear but, it did not last long. Such was their talent that in 1988, they were hired and served as creative directors of Ports International label. Also, around this time, the brothers decided to venture into a lower-end leisure brand, Tabi International. This did not last long as well. In 1991, the brothers made the big move to Milan, Italy. Here, they worked as designers for the house of Gianni Versace. It is also in Milan that the brothers had a stint as designers with the Diesel brand. In 1995, the brothers launched the Dsquared2 brand. It launched as a clothing line made with Italian tailoring quality and trendy, chic, edgy designs. This kind of branding at that time was fresh in the high street fashion scene.

From a newcomer brand in the fashion scene, it quickly gained prominence amongst high street patrons. Its designs were considered breakthrough casual chic items. The brand became so successful. Since then, it has branched to a wide array of collections for men, women, kids clothing, and accessories. It has gained a massive high street appeal such that its denim pants collection comes in direct competition with other popular brands like Dolce and Gabbana Clothing. Its fashion eyewear collection is compared with other high street brands like polo ralph Lauren. Such was the success of Dsquared2 that in 2000-2001, Madonna commissioned the brothers for 150 pieces used on her Drowned World Tour 2001 and Don’t Tell Me music video. Since then, it was history. Dsquared2 is now one of the most popular luxury brands associated with music industry icons such as Cristina Aguilera and Rihanna. Dsquared2 to this day continues to hold its appeal as one of the high street fashion brands. People recognize its logo and regard it as a high street fashion brand.

Dsquared2 brand speaks of casual sophistication. Its branding is often tagged as born in Canada, made in Italy. This kind of branding arises from the brothers’ Dean and Dan’s Canadian roots and love for high quality Italian tailoring style. Its dsquared2 t-shirts, dsquared2 hoodies, dsquared2 shorts, shoulder bags, pants, and other products have gained quite a following in high street fashion for its exquisite mix of materials, even for casual wear items. For example, some of its Dsquared2 Hoodies/jumpers collections are rooted in denim mixed with leather and other materials such as cotton and fur added in its details. Its shirt collections also feature cotton material and trendy prints that appeal to young and old alike. Comfort is also at the top of its design considerations. Its caps and bags hold their appeal as luxury items. This kind of mix and match coupled with high-quality tailoring made the brand’s clothing line one of the top luxury brands in the fashion industry.

At Linvelles, you will find high-end fashion items from the best boutiques spread across Europe. Here are the Dsquared2 popular items in the market today.

This crew neck shirt is one of the Dsquared2 T-shirts collections. It comes in white with icon print, and a logo in front, visually simple, and elegant.

Crew neck sweatshirt made of cotton, coloured black with a logo print on the front. The collar, hem and wrist are ribbed styles, an apt expression of comfort and luxury.

These black Bermuda cotton shorts come with a white Icon logo on the front. It has pockets conveniently placed on its side and back. This is a practical and stylish short for men.

Crew neck T-shirt made of cotton with a black logo print on the front. It comes in white colour. Simple but stylish everyday wear for men.

You can enjoy several payment methods when you shop on our website. We accept major credit card payments via Visa, Mastercard, Discover, American Express, etc. Simply add to the cart all items you choose to purchase or click buy it now.

You also have the choice to buy now and split your payments by using dsquared2 Clearpay and dsquared2 Klarna. You will receive your order up-front and pay later. We value customer experience; as such, we have made available various payment options for you, our client. Continue to shop on our website; we have various luxury brands available at discounted rates, and you can easily pay it off by simply choosing your preferred payment option. Here at Linevelles, we are happy to serve you, our clients. Enjoy your shopping with us.

Enjoyed this article? why not subscribe to us for the latest updates on our blogs at Linvelles!

< Back to Linvelles Edit
Liquid error: Could not find asset snippets/globo.alsobought.action.liquid

Sign up to our newsletter to get latest deals and exclusive offers from us!

Orders will be processed in GBP.